The expansion of the #IMteam

in #IMpress, #IMread, Things to know

We are beyond excited to announce the growth of our company with 5 new team members! With new mandates as well as new partnerships, the last quarter of the year has been very busy. We’ve decided to step up our game and hire new talent who will help us ‘make it happen’:

Obsessed with fashion from a very young age, Anik moved to Montreal 15 years ago to study fashion design at Lasalle College. She worked for a few years designing women’s jeans before launching her own fashion and beauty blog, Montreal in Style, in 2009. From cool street style to her favourite lipsticks, she covered it all on her blog and on her social channels. She worked freelance for a few websites while managing an independent clothing store and eventually made the move behind the scenes to work in the agency world managing different accounts. She launched a small Montreal-made clothing line in 2015 called Ménage À Deux, which still sells in stores and online to this day. She joined our team back in the spring as Senior Social Media Manager.

Nicolas is a Communications graduate from Université du Québec à Montréal with a diploma in Graphic Design for Public Relations from Concordia University. His interests include fashion, beauty, culture, technology, wine and guessing your astrological sign… He’s a Sagittarius in case you were wondering. With a sensibility that skews comedic and satirical, his talents provide a unique voice that is sure to make you, as they say, “LOL”. His past work experiences have included social media management, community management, writing and graphic design. Additionally to working at IMAGEMOTION, he holds a position as staff culture writer for a popular online publication and the title of administrator on the Unofficial Céline Dion Fan Club Forum. 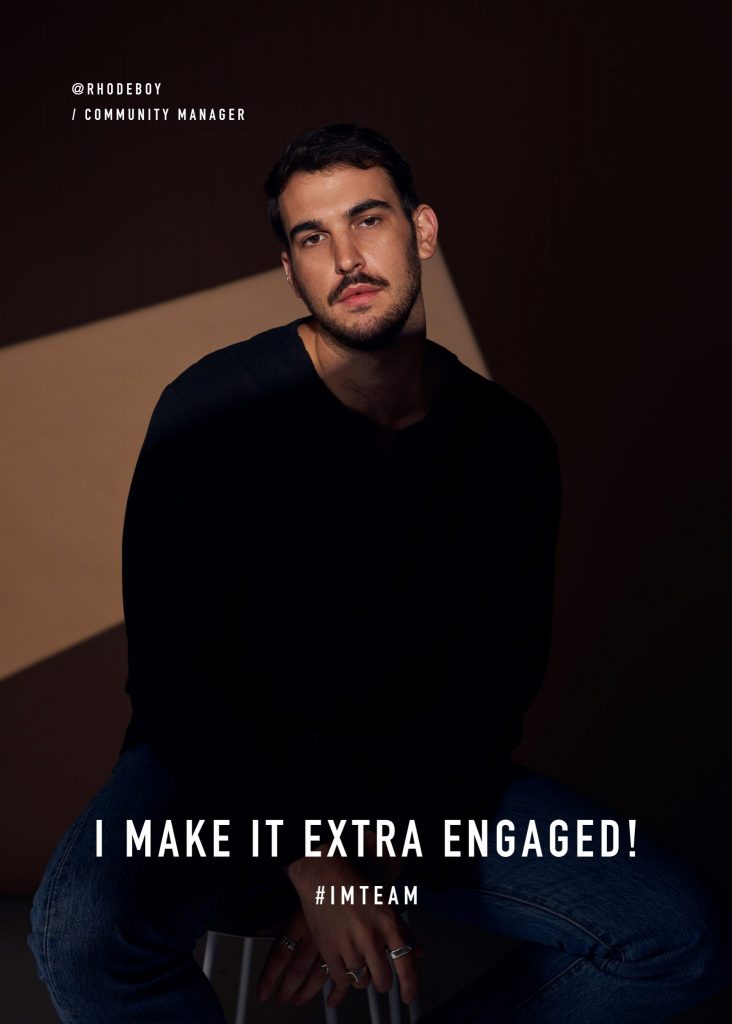 Melissa got herself a Bachelor’s Degree in Politics and Communications because she wanted to give back to society by using her sweet talking, politically correct ways. She quickly realized that everybody wanted to do “good” for the community and shifted to social media marketing. Her first 2 years in a Montreal agency, she touched everything: content creation, copywriting, paid social ads, influencer marketing and business development. After that, she was curious about the big players and got recruited by Media Experts as a Senior paid social specialist & Team lead. Even though she loved her job and team, she knew that she wanted to redirect her career towards something that had a “greater purpose”. Her motivations are all things entrepreneurship, business, growth and HR. She will be bringing all of her expertise and spunk to our team as our new Growth Manager. 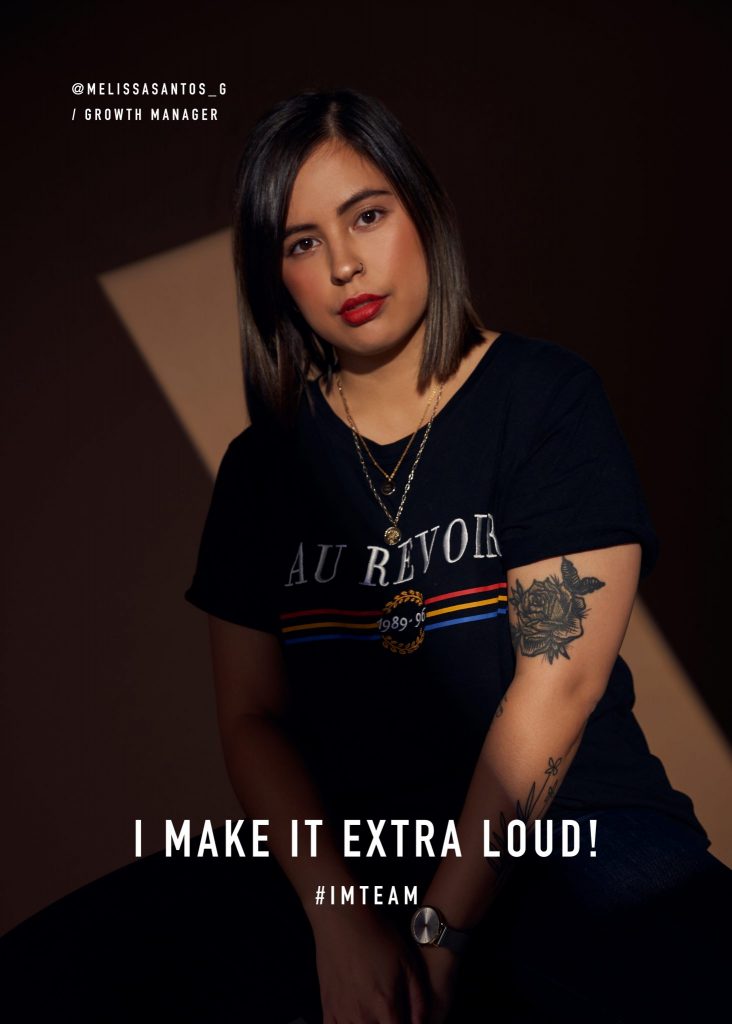 Richard Kevin’s passion for photography started in an unusual way, navigating from music to fashion and ending up with a camera in his hands. After a musical career that lasted 10 years, he decided to put his guitar in the closet and study fashion design. This leads him to become a stylist for about a year, but that didn’t feel quite right. He decided that he wanted to be more in control of the photoshoots he was styling. Self-taught photographer, his hard work has lead him to be published in many online and printed magazines, as well as working with the biggest agencies in Montreal. Richard joined us not so long ago as our content creator/photographer. 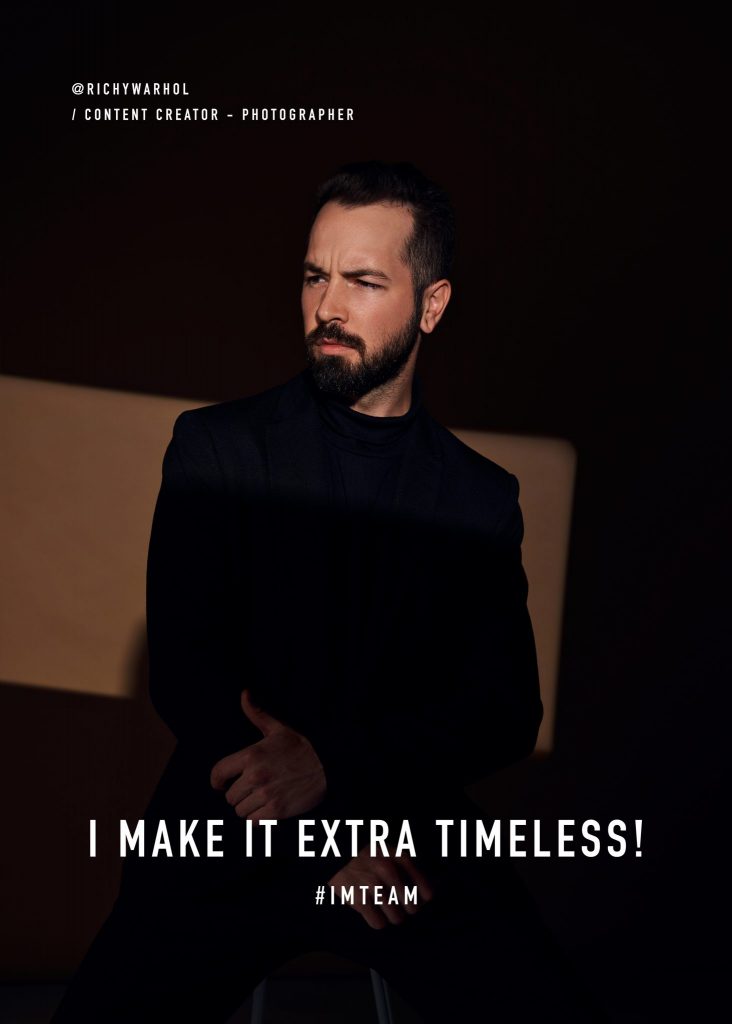 Ron spent years trying to be happy in a classroom, but he had an itch to be creative that just wouldn’t go away. He is a self-taught content creation machine who has done it all. From working with influencers, to music videos, to travelling the world, it is his passion for capturing moments that has always been driving him. He has joined the agency’s content production team as Content Creator/Motion Videos and will take lead on the production of video content for some key accounts. 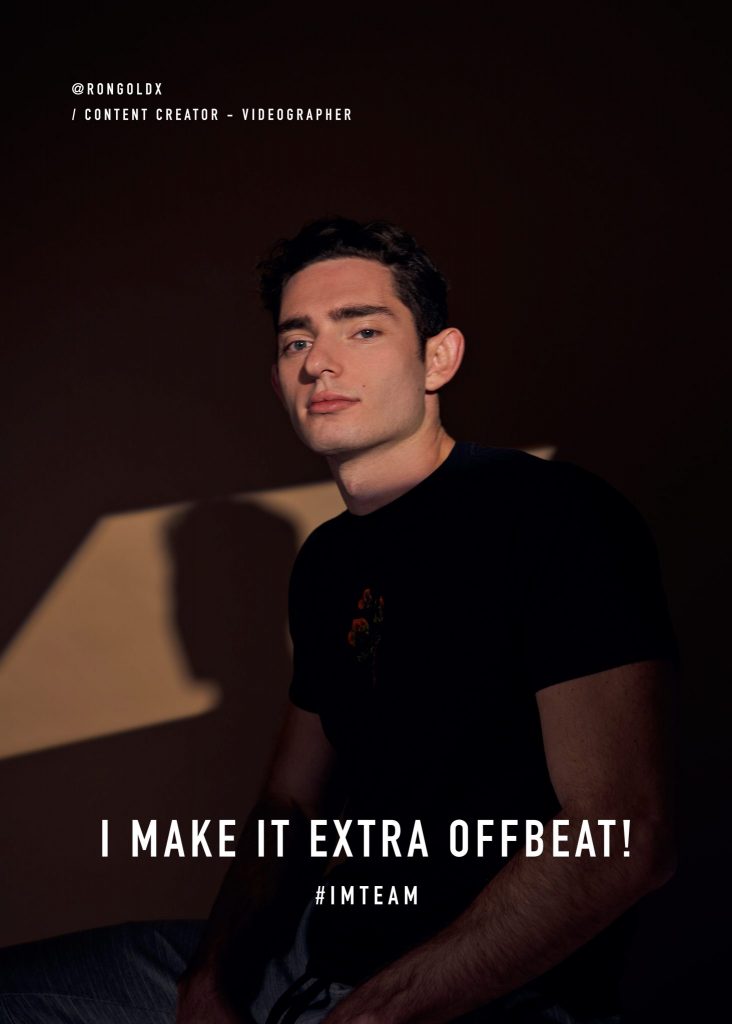