in Things to know 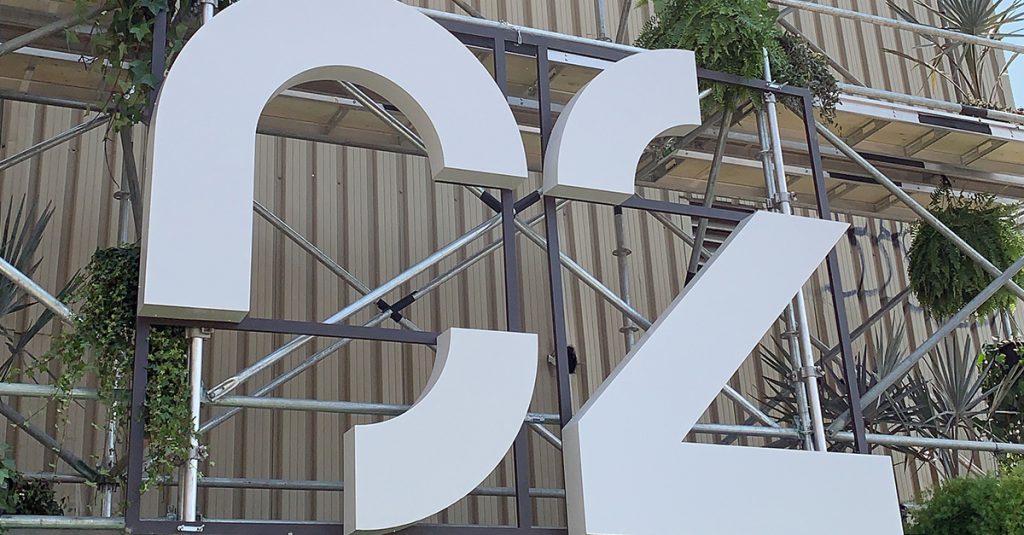 Last week, IMAGEMOTION experienced the most forward-thinking business event in the world that is C2 Montreal, and immersed itself in 3 days of conferences, workshops, and masterclasses given by trailblazers, new talents and creative forces in the industry. What did we learn from the 2019 edition? Our art direction team dove right in and tells us all about it:

I started off with the Dans Le Noir Lab – a workshop in the dark where you experience losing one of your main senses and have to manage leadership and communication without sight. I thought it was so exciting and interesting – I use sight daily in my work since I’m such a visual, creative person so I was terrified at the thought, but it was amazing how your instincts come into play when you’re put into that situation. I’m usually an introvert in a group setting, but in the dark, I took on a huge leadership role and spoke up a lot. It was interesting to learn that about myself and see how I reacted.

Then I tried the Virtual Reality Experience, where I had the opportunity to test out virtual reality by watching a documentary with all of the gear on. I had never experienced it before, so it was really surreal and exciting. It was an extremely heightened visual experience provided by Phi Centre, and I’m interested to see how it will be adapted further into the industry.

Next, I attended the Guy Laliberté conference. It was so inspiring to hear him talk about his work mentality as a leader and how he thrives off of seeing his team succeed. His way of describing work ethic and talent just made you naturally feel so inspired to work hard and be great. He spoke a lot about his decision making process, and how over-evaluating danger nurtures fear. He gave interesting insight on time management in projects – for example, if you over think a project and perfecting it, you risk putting it into production so late that you have no space for error, but if you start early you have time to test and perfect before the end.

Lastly, I went to the Daniel Arsham conference. Daniel Arsham is definitely one of my personal favorite artists. I’ve been following him for years now so it was such a huge opportunity to hear him speak at C2. He unveiled a lot of production details in terms of his studio in New York, the materials he uses to create his art, the films that have inspired his work, and the talented teams he works with to produce all his art. He spoke a lot on brand partnerships, how he chooses who to work with, and using social media as an outlet to reach younger individuals who wouldn’t initially develop a passion for art through visiting galeries.

Generally, I really loved how the event pushed me to step out of my comfort zone during workshops and brain dates, where you’re forced to speak up and voice your opinion on topics on creativity in a group and share your thoughts with others in the industry. This really isn’t something I would usually do! 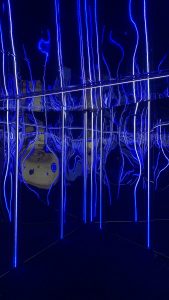 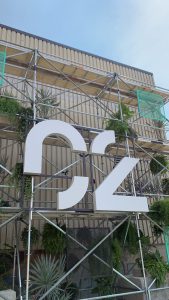 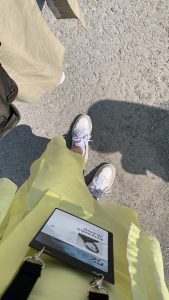 I started off with the Not The Same Old Story conference, given by a variety of different speakers, from a literal scientist at NASA to a filmmaker and a 14-year-old author. This conference explored different narrative strategies that can be used for multi-platform story telling. For example, we went through how VR creates an entirely different perspective on a film and how it affects the consumer’s reaction and connection to the piece. There was also a young author who wrote and illustrated her own comic book and she spoke about how she uses it as a tool to educate kids on bullying. It was super interesting to hear how different platforms create different reactions and were used for different goals.

Next, I stopped by the Becoming Harder To Kill workshop that was given by Conn Bertish, who is a brain cancer survivor and creative director. He spoke about the science behind how your body reacts to what’s going on in your mind and how that gave him the power to beat his cancer. He came up with his own thinking methodology on how to shift his mindset for the better and making him happier and healthier. This was super interesting because as he told his story you could see how he used his creativity to push himself to a better mindset. It was super inspiring to take into control what’s going on in your mind and the things you’re afraid of, and how to use them as to empower you rather than the opposite.

“If you’re carrying psychological baggage, guilt, secrets, the longer you hold onto it, all it will do is decrease the efficacy of your immune system”

“You are a baseball bat and your fear is the ball”

And finally, I attented the Will.I.Am conference, which was actually very interesting as I’ve always know Will.I.Am to be an artist but it was surprising to learn that he is also a tech entrepreneur and creative innovator. He’s doing amazing things in the world of AI and he spoke a lot about how it can be used in a positive way and the ways it’ll change the world that we know now. He provided a lot of interesting opinions on the future of technology and how we should start taking ownership of our data, instead of giving it away for free to companies that will, in turn, make millions on it. He spoke about how AI would change the jobs in the future but how we shouldn’t worry because “Someone in 1920 couldn’t be a developer because it didn’t exist yet”. He also spoke about how our era focuses on innovation rather than invention, as everyone is trying to improve things that already exist instead of inventing something new. I particularly liked a portion of his talk where he spoke about moving towards inclusivity within AI. How for example, sensors on bathroom soap dispensers don’t recognize darker skin tones and how we need to start paying more attention within the testing of AI algorithms. Overall I thought this was a really forward-thinking conference that provided a lot of insight on things we should pay more attention to no matter what industry we’re in.